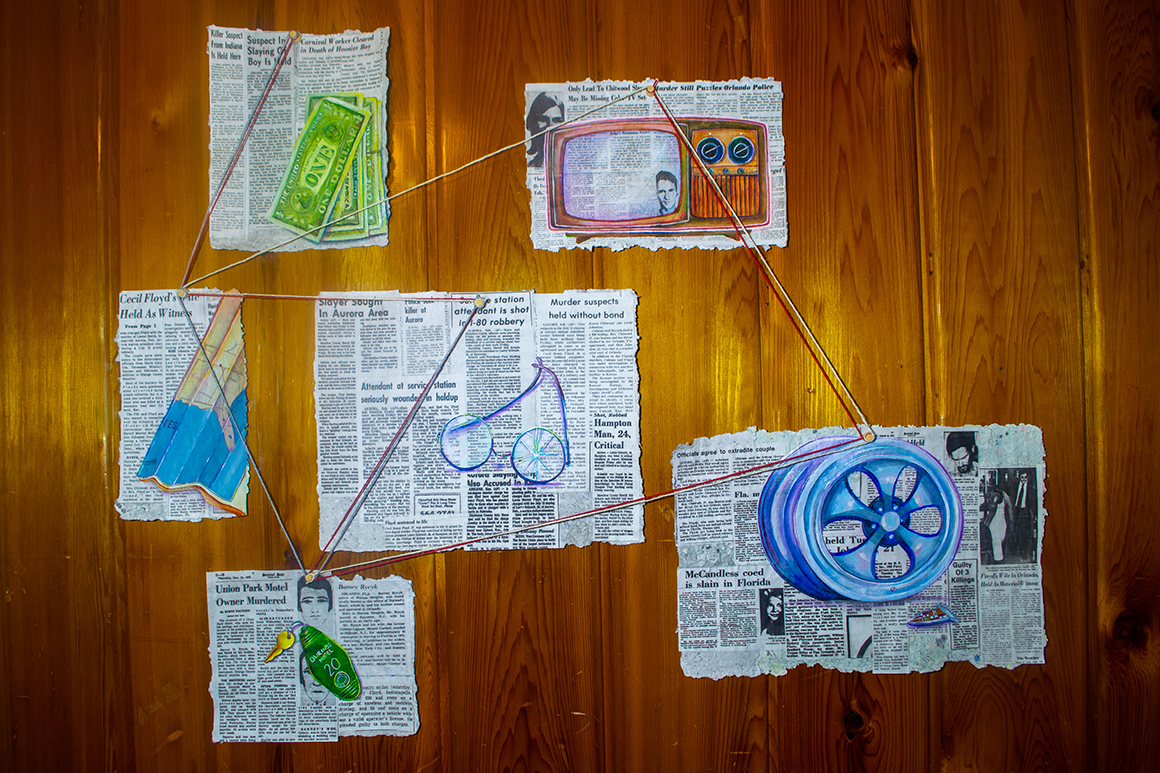 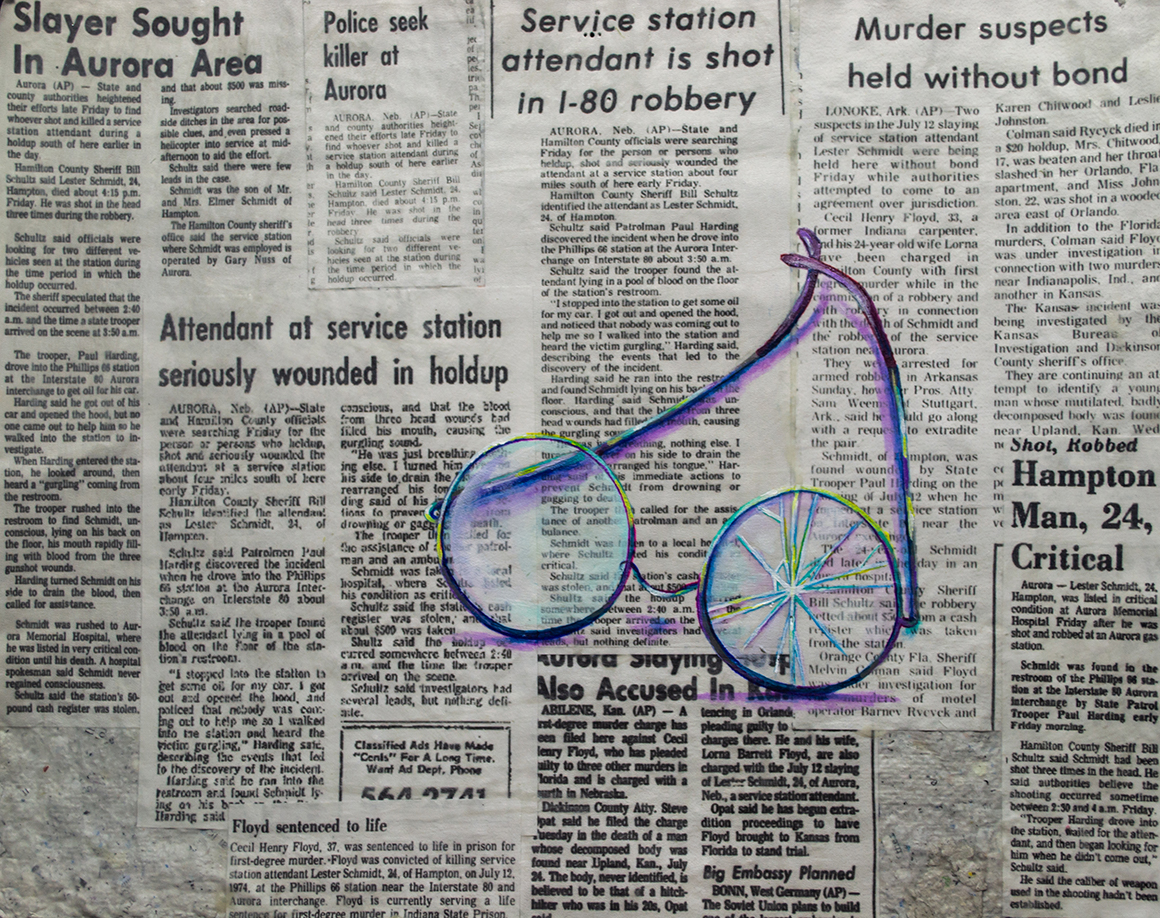 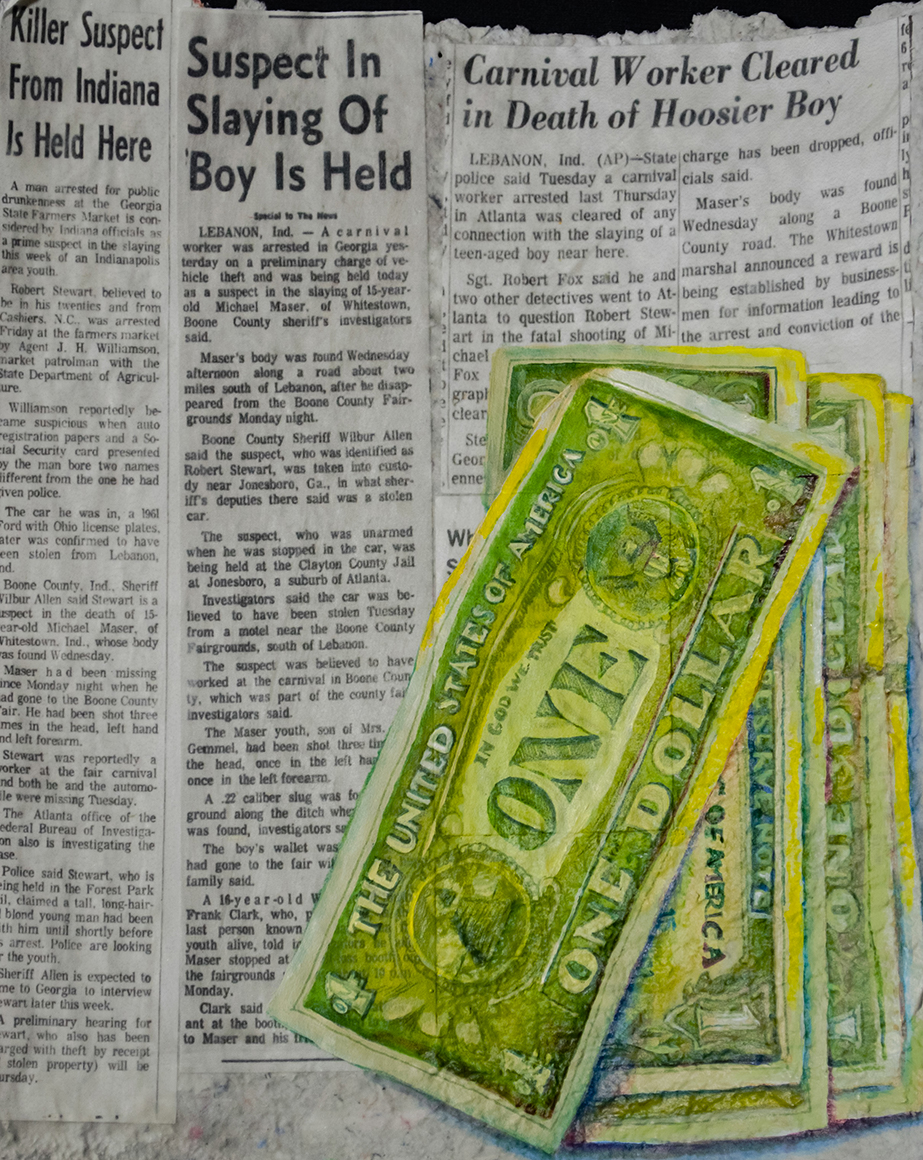 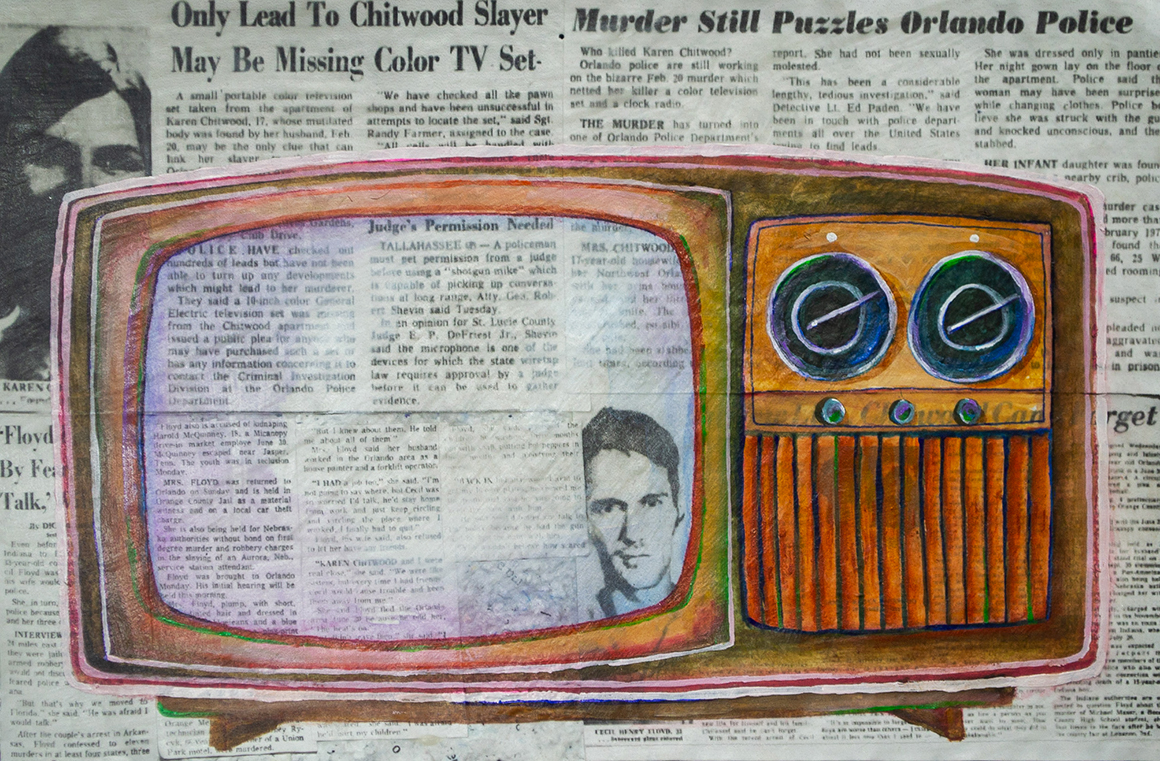 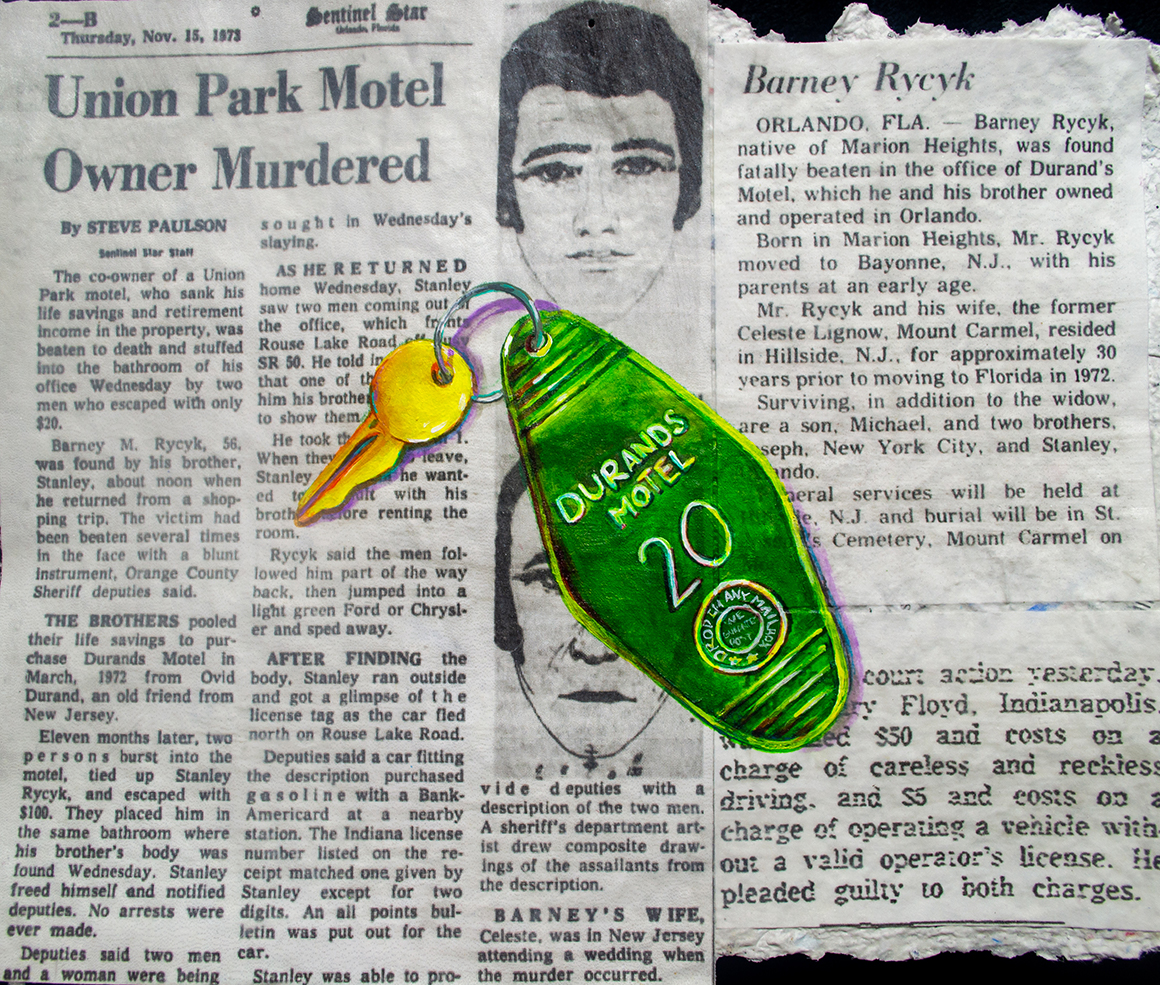 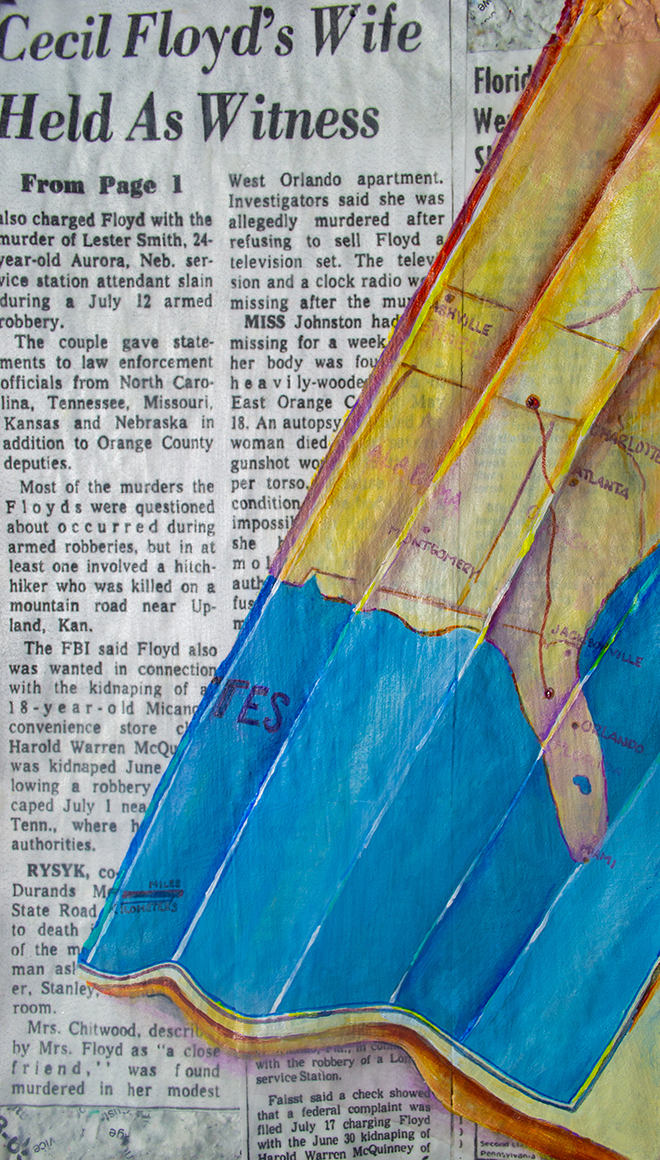 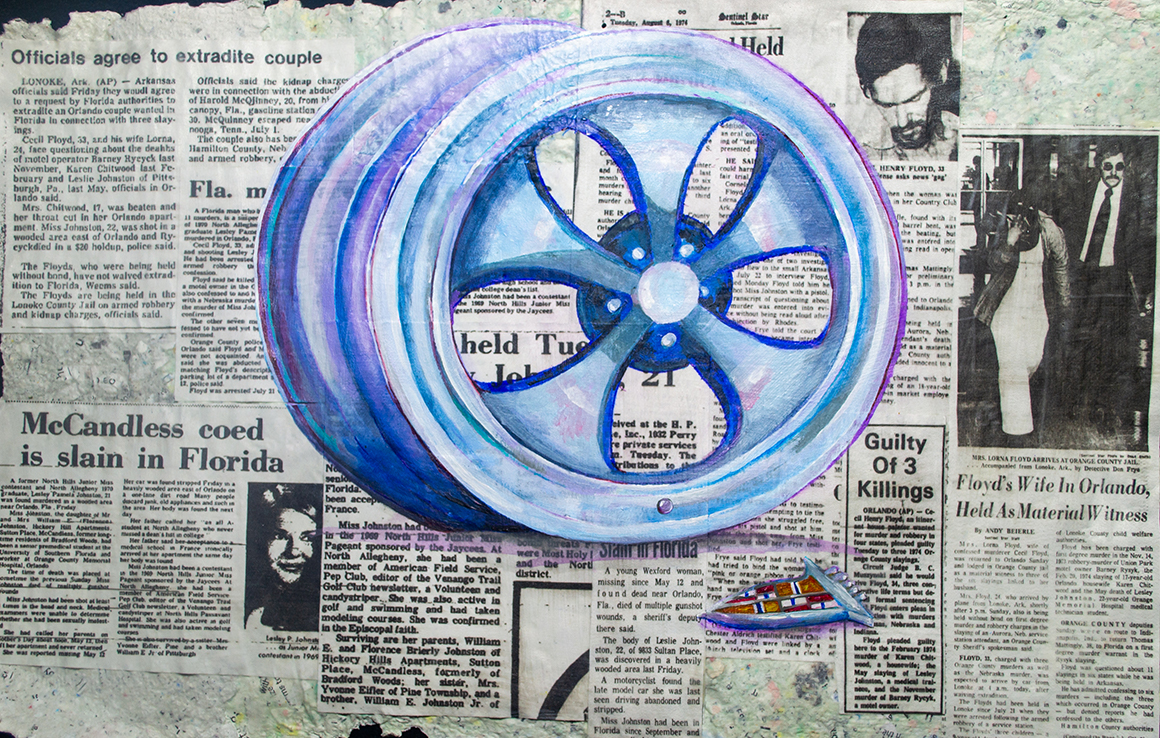 The Glasses, the Motel, the Car, the TV, the Five Dollars and the One That Got Away

On July 12, 1974, while working at his job as a gas station attendant at the Phillips 66 station near Aurora, NE on Interstate 80, Lester Schmidt was shot three times in the head by the serial killer, Cecil Henry Floyd. Lester Schmidt was my great uncle, and since learning about that story, I have been infatuated with making paintings about true crime stories ever since.

The titles of my paintings, the Glasses, the Motel, the Car, the TV, the Five Dollars and the One That Got Away, address details of elements of each crime committed by Floyd. The gore of these stories is not the focus of my images, it provides a structure for a specific object that I focus on from each crime. Every object was specifically chosen for each case. They were either based on something that was stolen off of the victims or based on the scene of the crime itself. I used photos from the mid-1970s to accurately depict what each object would have looked like at the time. Hours of research went into each painting, so that I could have a better understanding of each crime. Being able to clearly understand these stories means that I am able to share them accurately with other people.

Every work is painted on handmade paper to resemble that of a newspaper. They are each painted in vivid and inventive colors. This use of color is used to give an overall sense of atmosphere to the story. Each painting is detailed but not hyper-realistic. If the paintings were hyper-realistic than they would relate more to crime scene photos. Painting them in this style makes it so that the viewer looks closer at the image and in turns looks closer at the story.