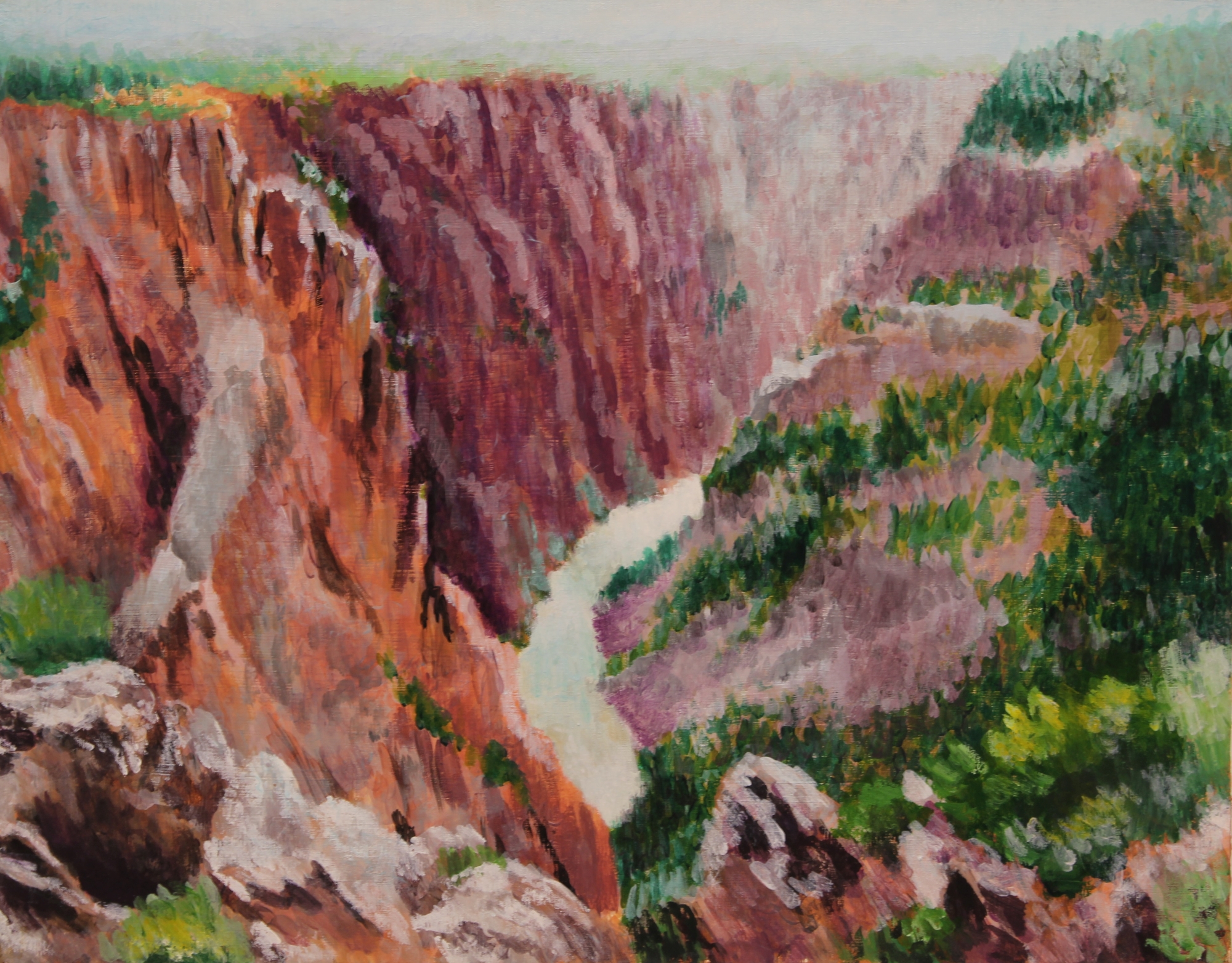 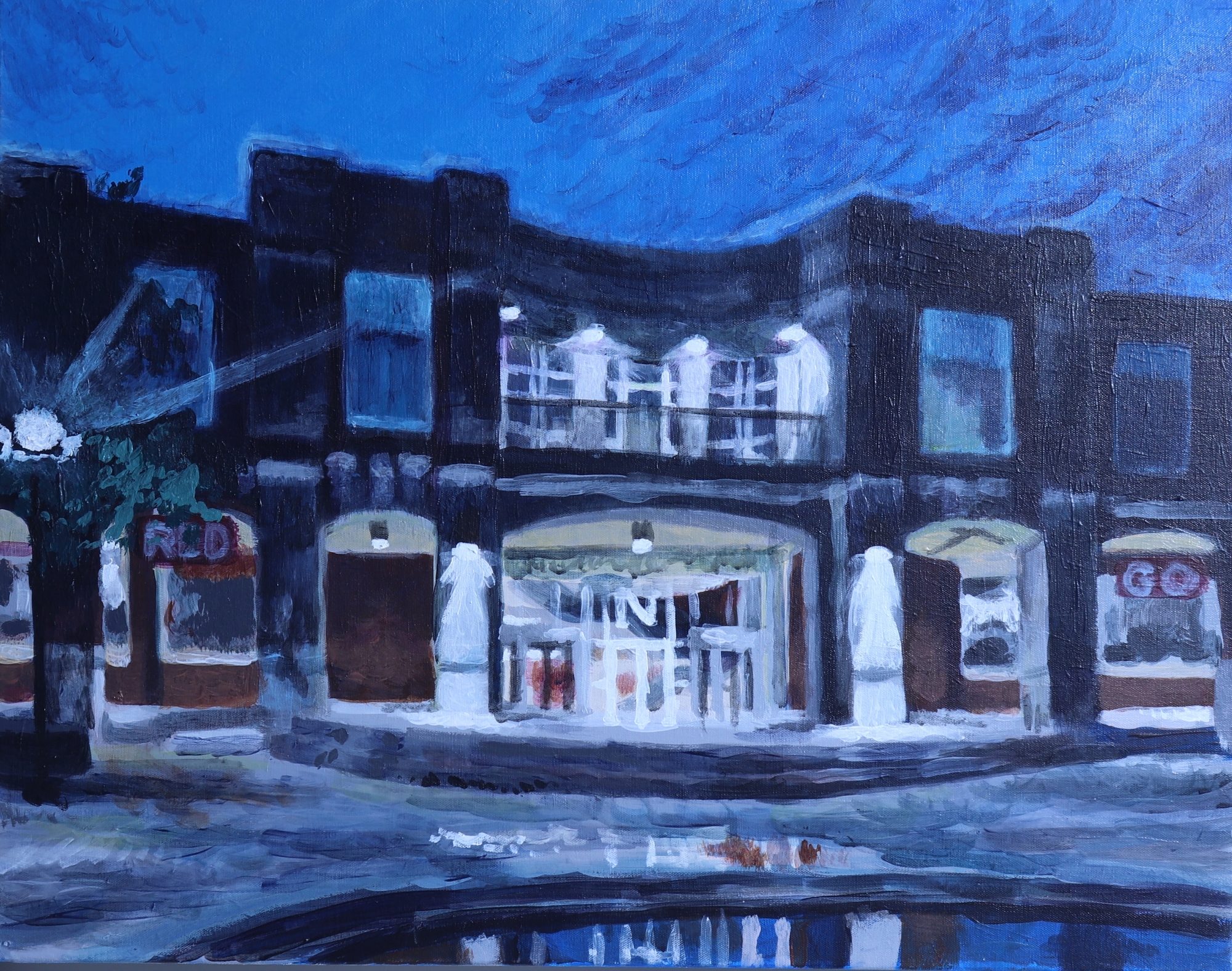 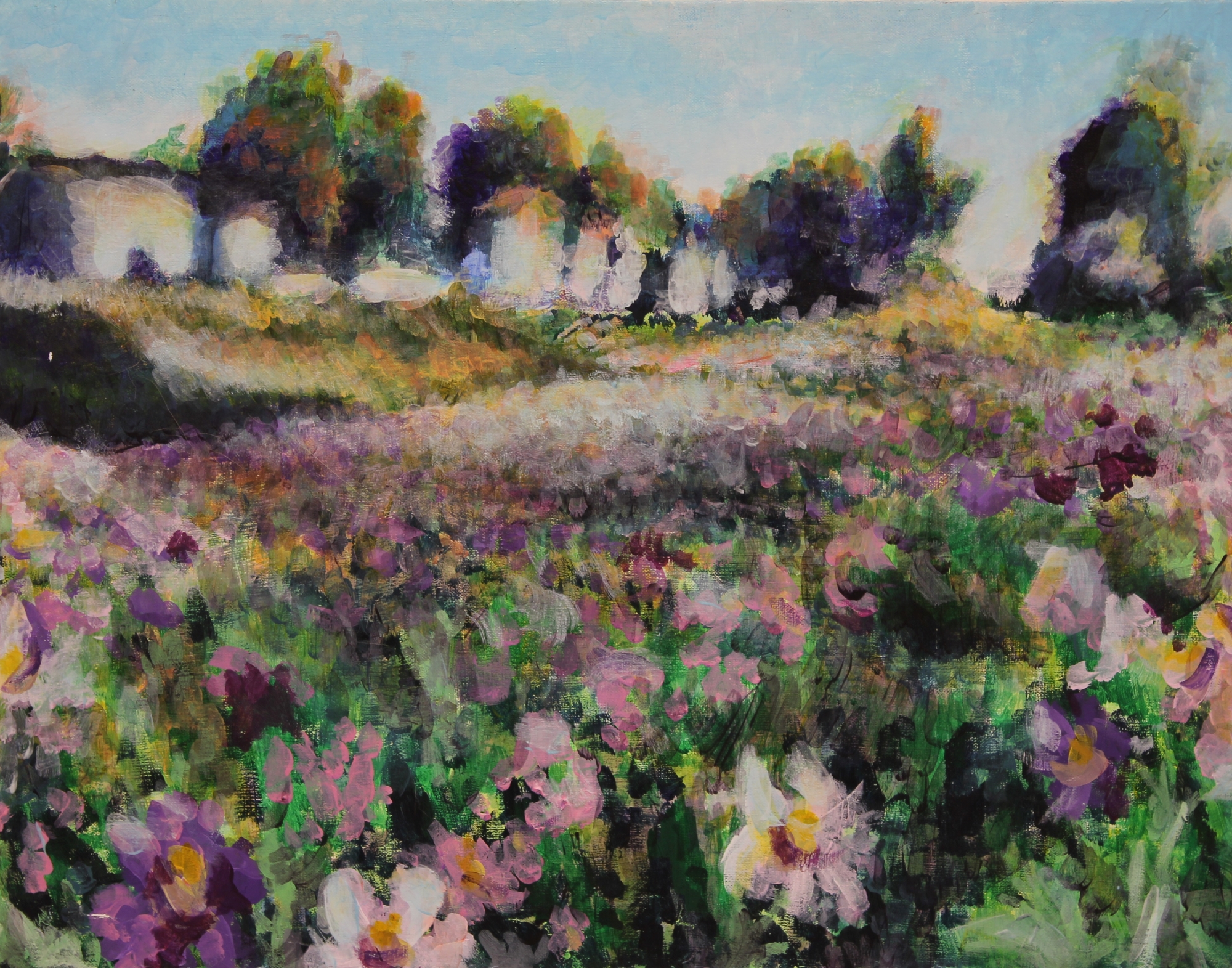 Most people today tend ignore the constant displays of beauty in the world, be it coincidental or not. My work focus is on using acrylic paints in portraying how I see these moments of beauty of the world, ranging from dogs sitting on a flight of stairs to flowers blossoming with an assortment of colors going into the distance. I am the middleman showing people what they are missing and re-portray that moment of beauty. In my pieces, like I stated before, I tend to focus on what I see and help display what I saw to the viewer, mainly in relation to colors. My quick brush marks give a sense of motion to the painting while also balancing a variety of colors to leave the eye in a state of wonder and searching for the next. Most people now-a-days tend to be focused on their daily lives and tend to look away at these moments of beauty; I want to help share these moments in the world with everyone.

Patrick Pantoja is an acrylic painter from Omaha, Nebraska. His paintings ranging from small moments of everyday life to moments that do not last long. His motivation is to show the world what he has seen firsthand and reproduce that moment for others to experience. He originally went to Metro Community College in Omaha, Nebraska for an associate’s in Graphic Design, but would later change to Visual Arts. He is currently in the process of receiving his bachelor’s from the University of Nebraska-Lincoln for Painting. He has received multiple awards including a Silver medal in the Nebraska State Visual Art Awards in 2006, a First-Place ribbon at the Kiwanis Art Show in 2008. His work was also published in a booklet for the Joslyn Castle in 2009, for a depiction of Joslyn Castle on scratch board. His work was then also featured on KETV NewsWatch 7, Omaha in 2019.