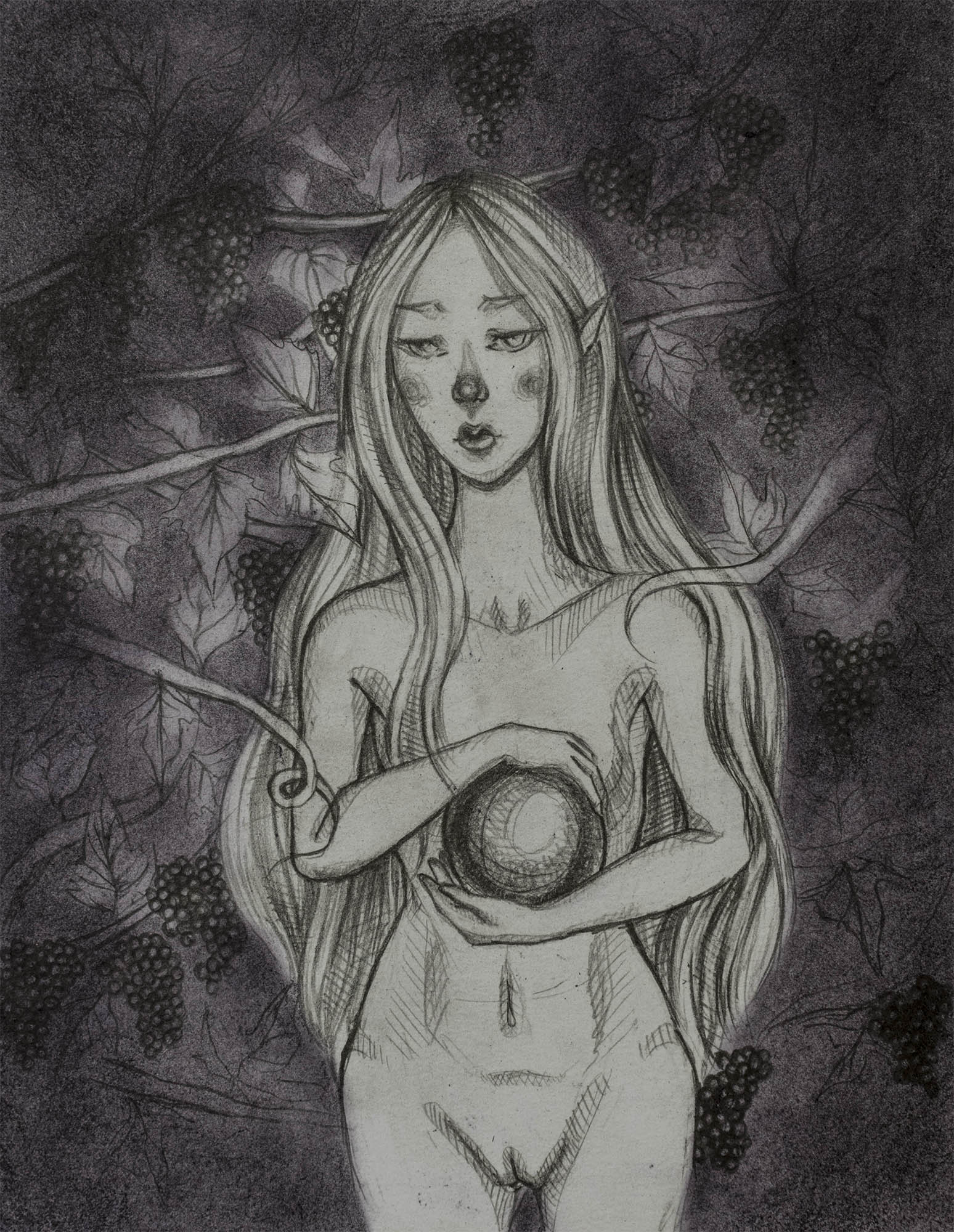 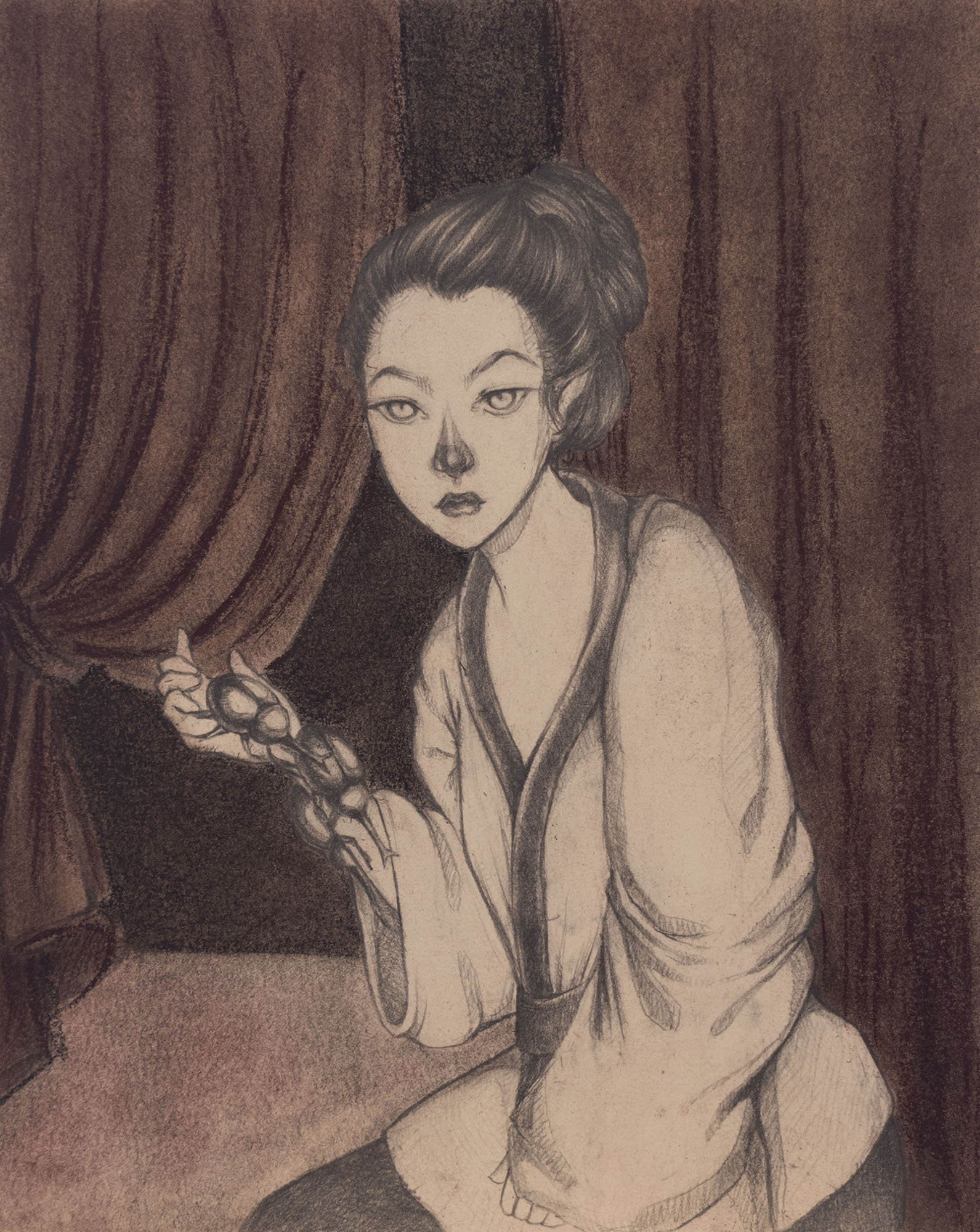 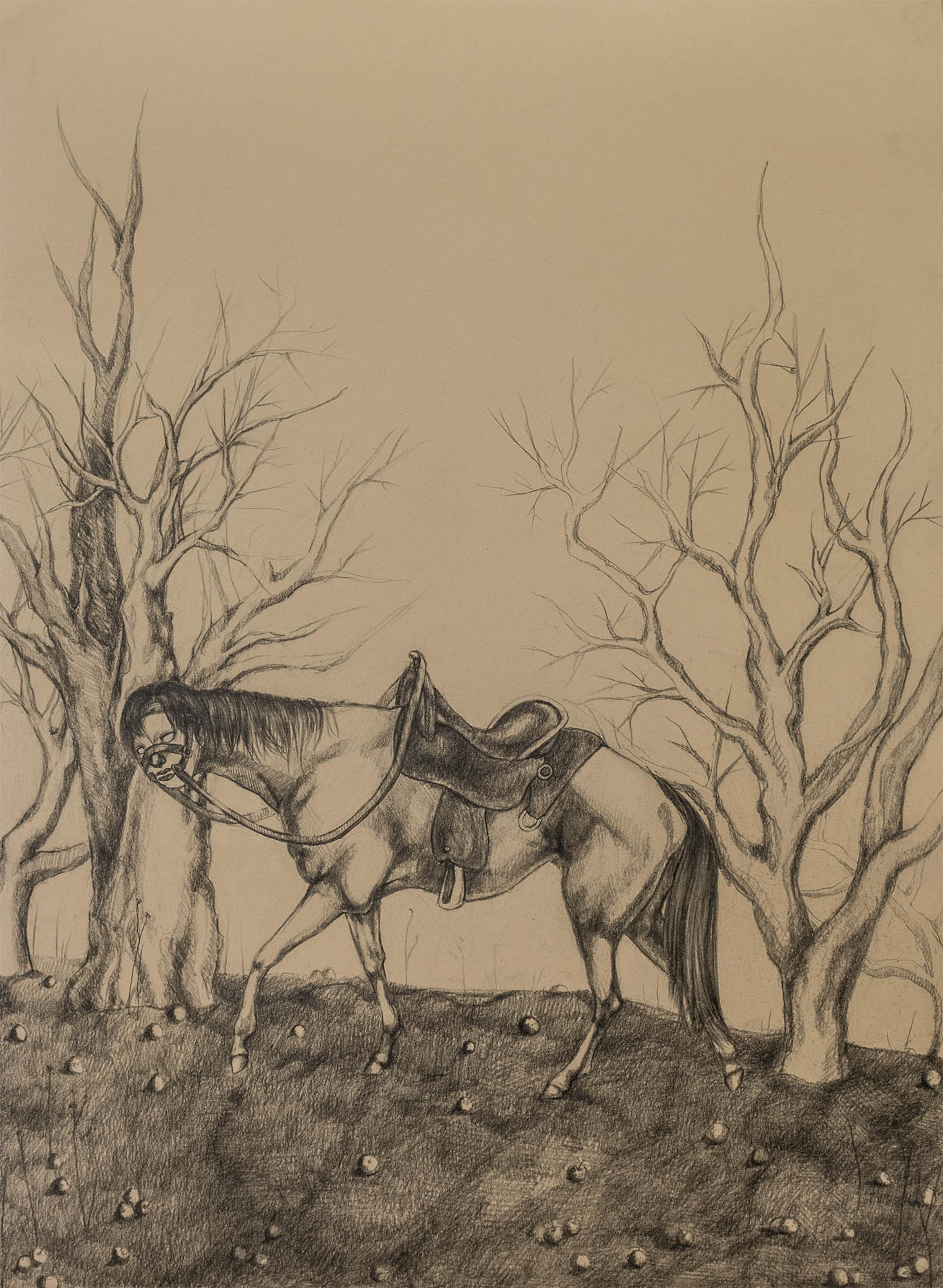 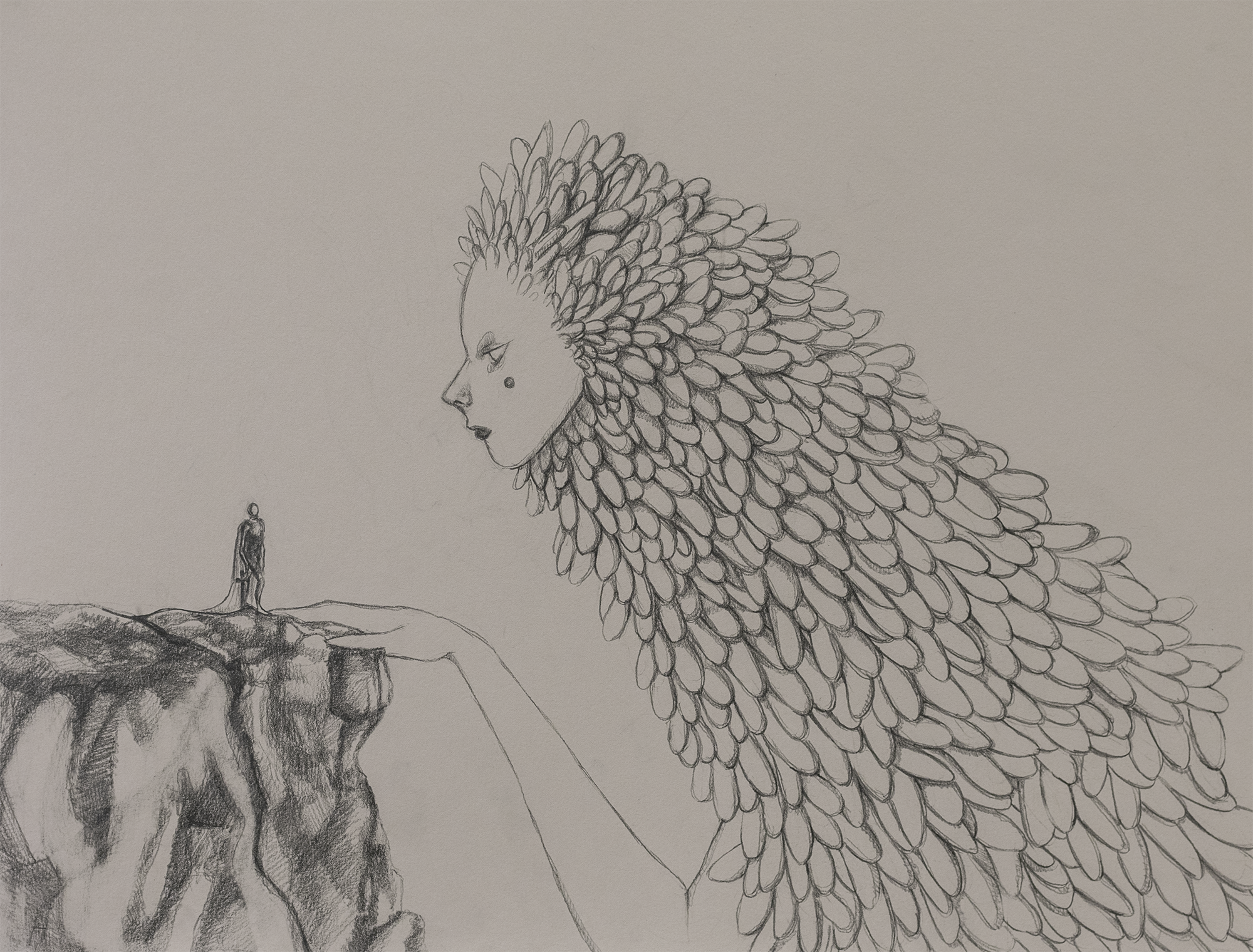 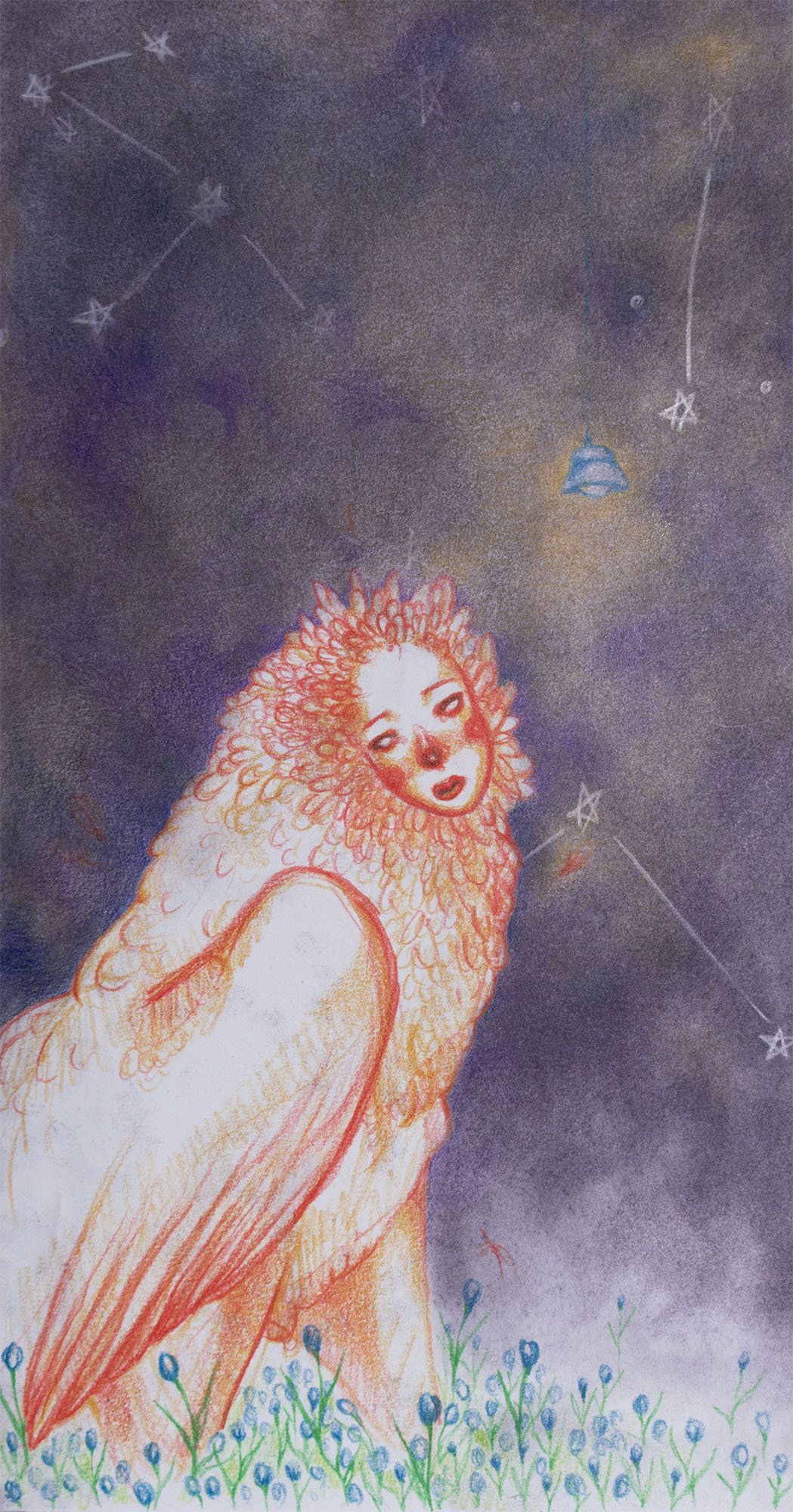 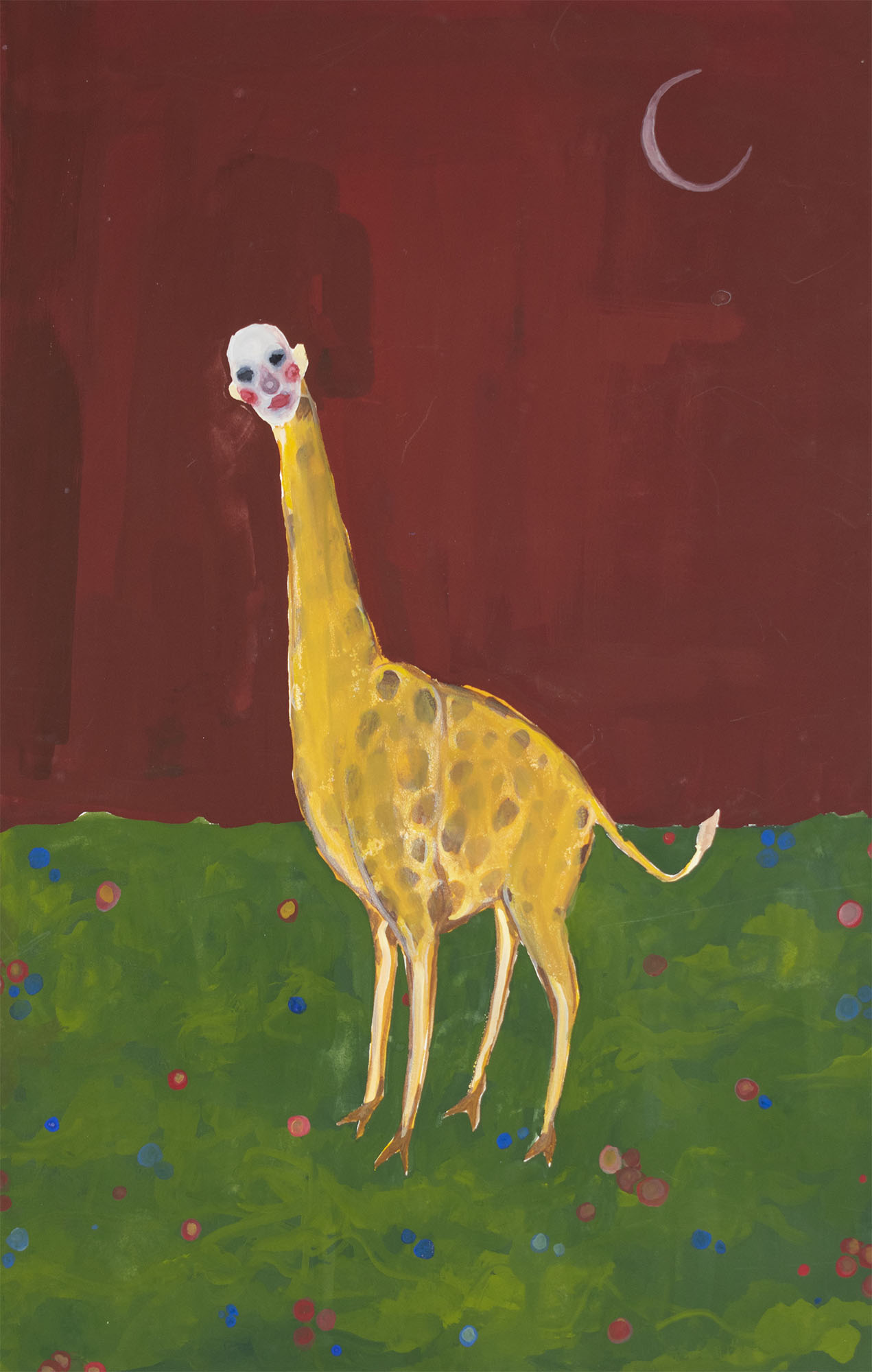 For as long as we have existed, humans have told stories of heroes, monsters, and gods. Even though these stories are often fantastical and magical in nature, they are, at the end of the day, representative of human emotions and experiences.

An array of different creatures inspired by mythology and folklore, the works in Monsters and Gods are windows to distant and unfamiliar worlds. Even if their visuals might feel otherworldly, the themes of isolation, melancholy, and vulnerability present in each piece are emotions familiar to us.

Where do these creatures come from? Are they forces of evil, good, or neither? How did they get there? These are some of the questions that the viewers are invited to explore, as they curate their own interpretations and stories for these creatures.

Riley Jhi is an artist based in Lincoln, NE, working primarily in small drawings and paintings. She will be graduating from University of Nebraska – Lincoln with a B.S. in computer science and a B.A. in studio art.

Riley was born in a small city near Busan, South Korea, but has spent the majority of her developmental years in the United States. Whether it is from her identity as a person of multiple cultures, or in her two majors that differ vastly, Riley often finds herself caught between multiple worlds, something that has undoubtedly influenced her works.