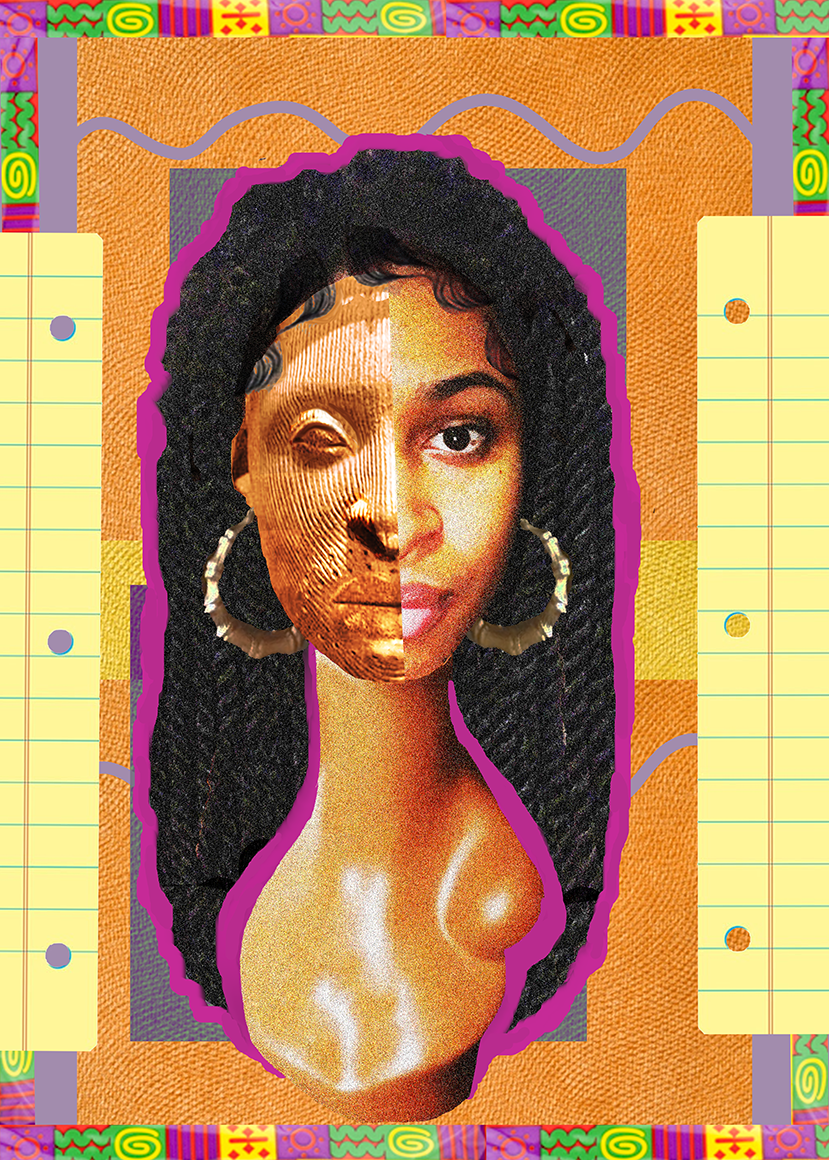 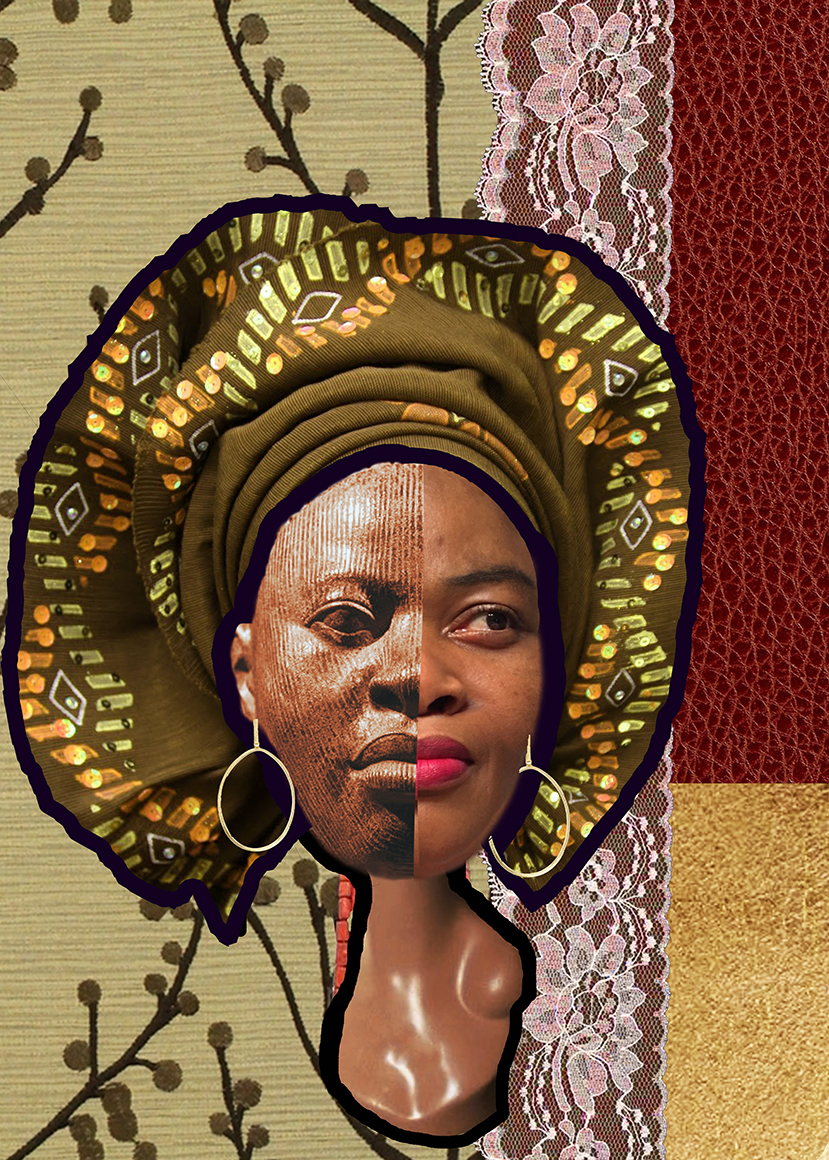 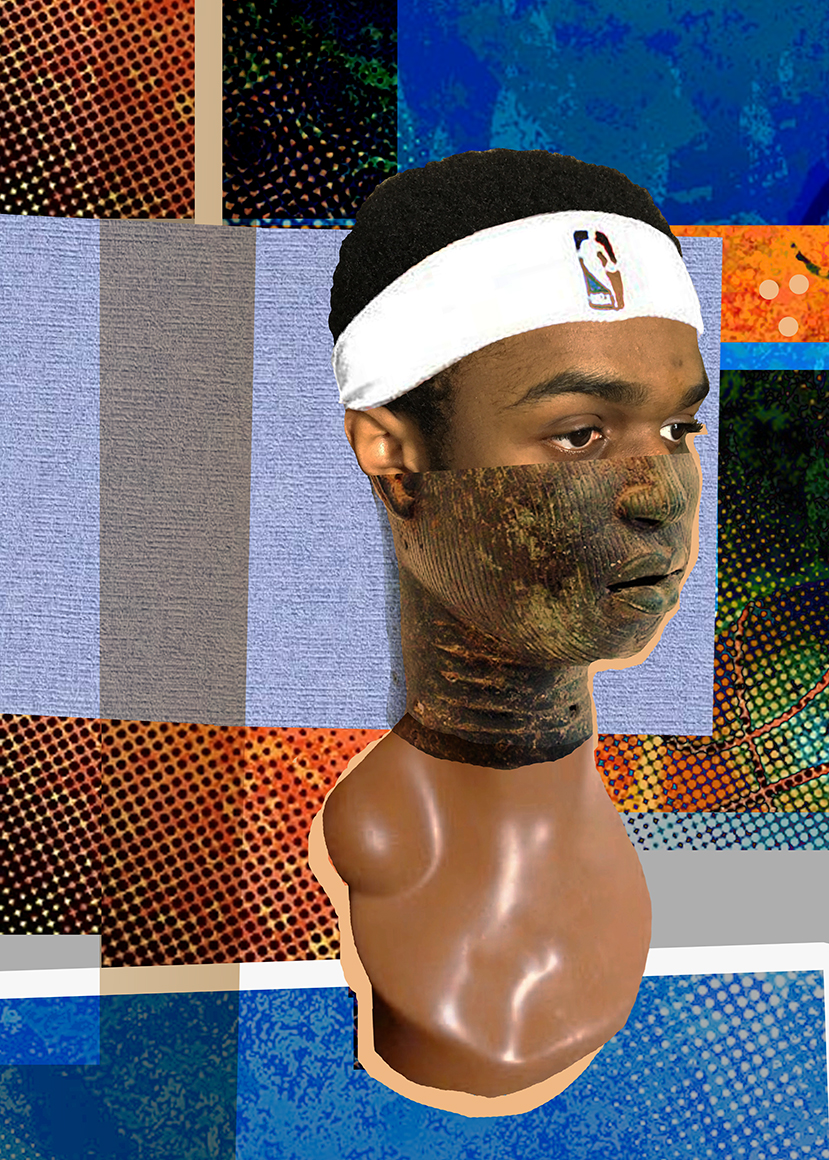 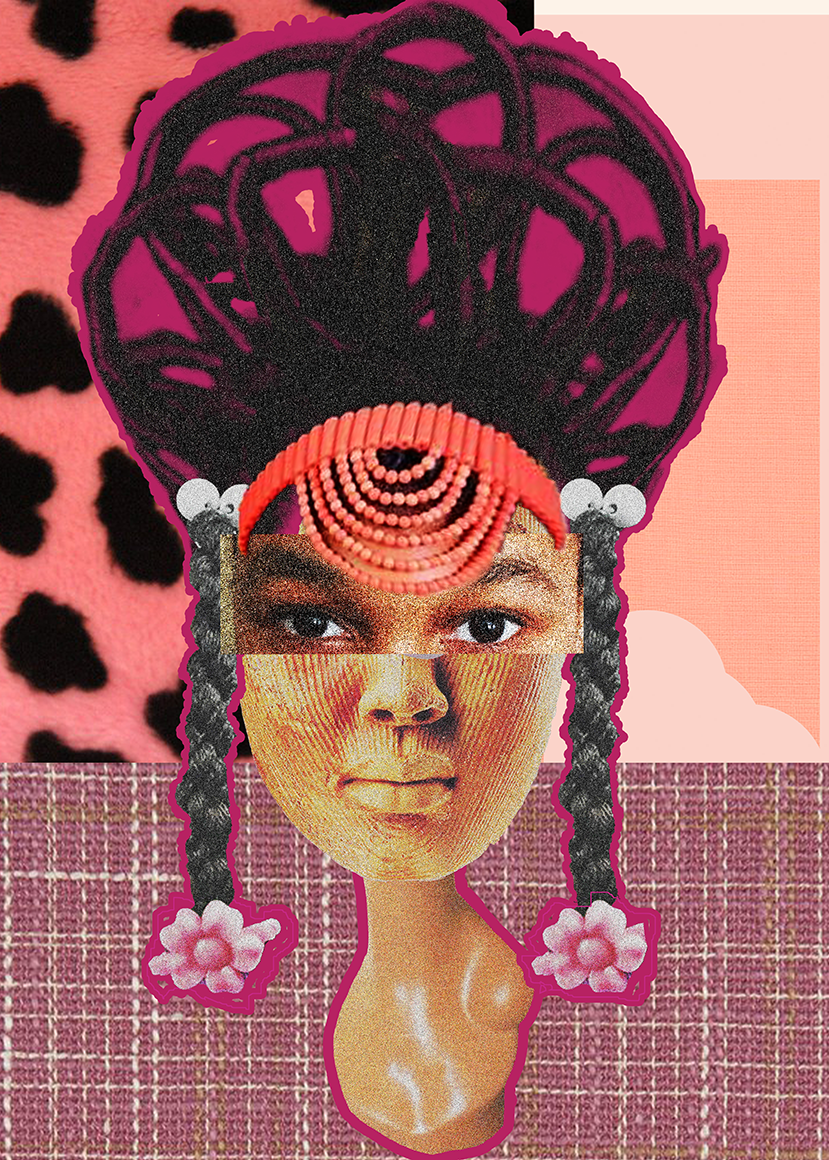 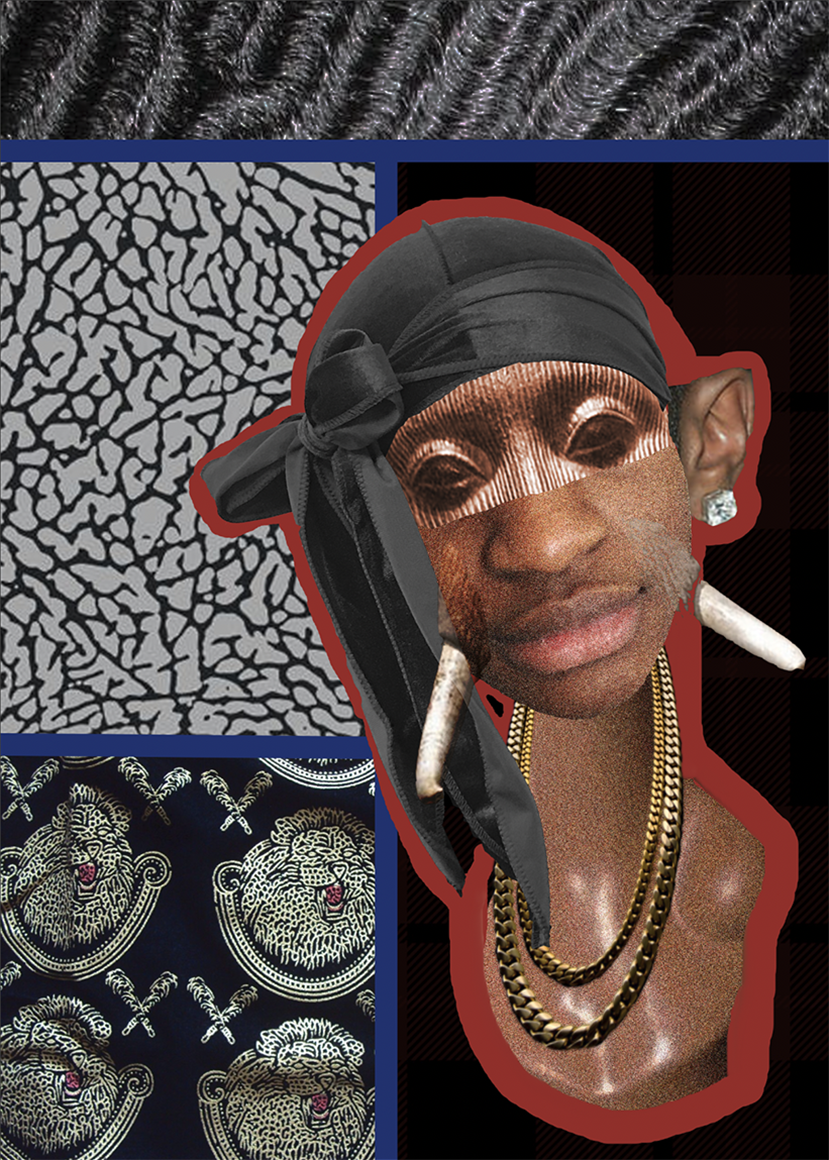 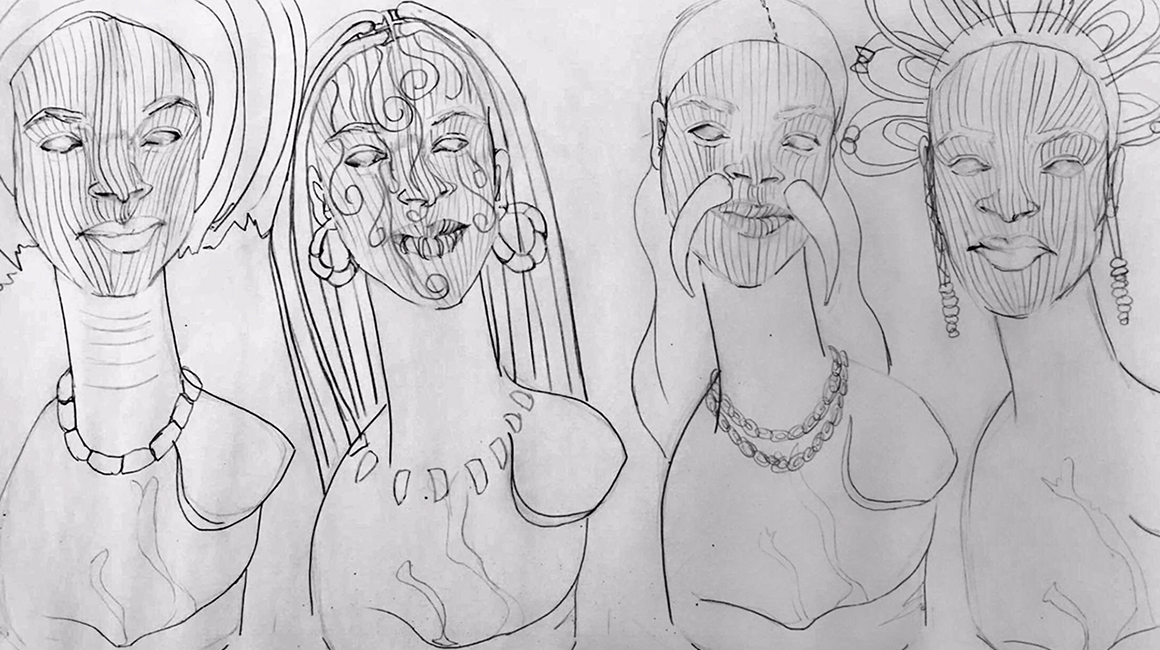 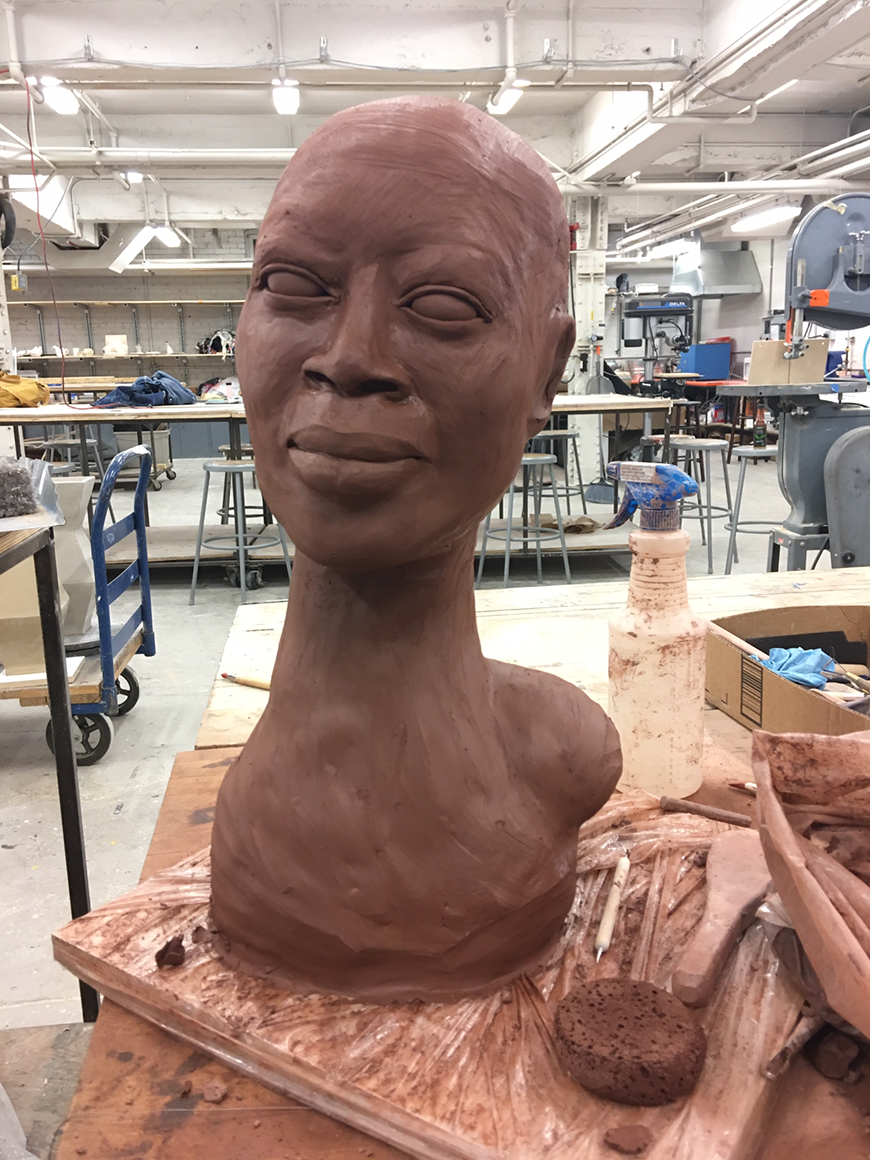 This project, The Heads of Asuoha, is part of an ongoing exploration of the ways in which I negotiate my identification with two different cultures. Born in Nigeria but assimilated into African American culture, my family and I are like many other immigrants in America who find themselves embodying two cultural identities—the culture from “back home” and the present American culture. The Heads of Asuoha, takes its name from the famous Heads of Ife, which are a series of eighteen bronze sculptures depicting the heads of Nigerian kings from the thirteenth century. In this project, I have adopted the Heads of Ife as the base representation of my family’s connection to Nigerian culture. To each Head of Ife I have incorporated the facial features of a single member of my family in order to represent that member and showcase the ways in which that family member reconciles their Nigerian identity with their American Identity.

Through style of dress, speech, and mannerisms each person in my family reveals in their own way their level of Americanness. My youngest brother Obinna, a second-generation immigrant, is depicted with a black durag and a large diamond stud earring; he is a prime example of one who is aware of his Nigerian identity but, as showcased through his everyday style of dress, has become heavily influenced by his African American peers and their culture. My mother exists on the other end of the spectrum: she is wearing American hoop earrings but they are overshadowed by her large Gele, or traditional head covering, which is to say that her attachment to her Nigerian heritage is stronger than her connection with American culture. Myself and the rest of the family lie somewhere in between on this spectrum of Nigerianness and Americanness. Each accessory and each print placed in the background is intended to show an association each family member has to either cultural identity.

The original plan for the project had been to create each head from a bronze-colored resin in the likeness of each family member and in the style of the original Heads of Ife. However, due to the unprecedented global pandemic, I was unable to materialize this project into sculptural form. In response to this challenge, I decided that collage would be the next best alternative to showcase in a looser, more vivid way, what my vision for these sculptures had been. The result has been effective in allowing me to produce striking visual contrasts by juxtaposing candid photos of my family members with the carved, majestic faces of 13th century kings of Nigeria. Each portrait is placed on top of a background of colors and patterns that reveal hints about the personality of each family member depicted and my understanding of how they embody the cultural duality.