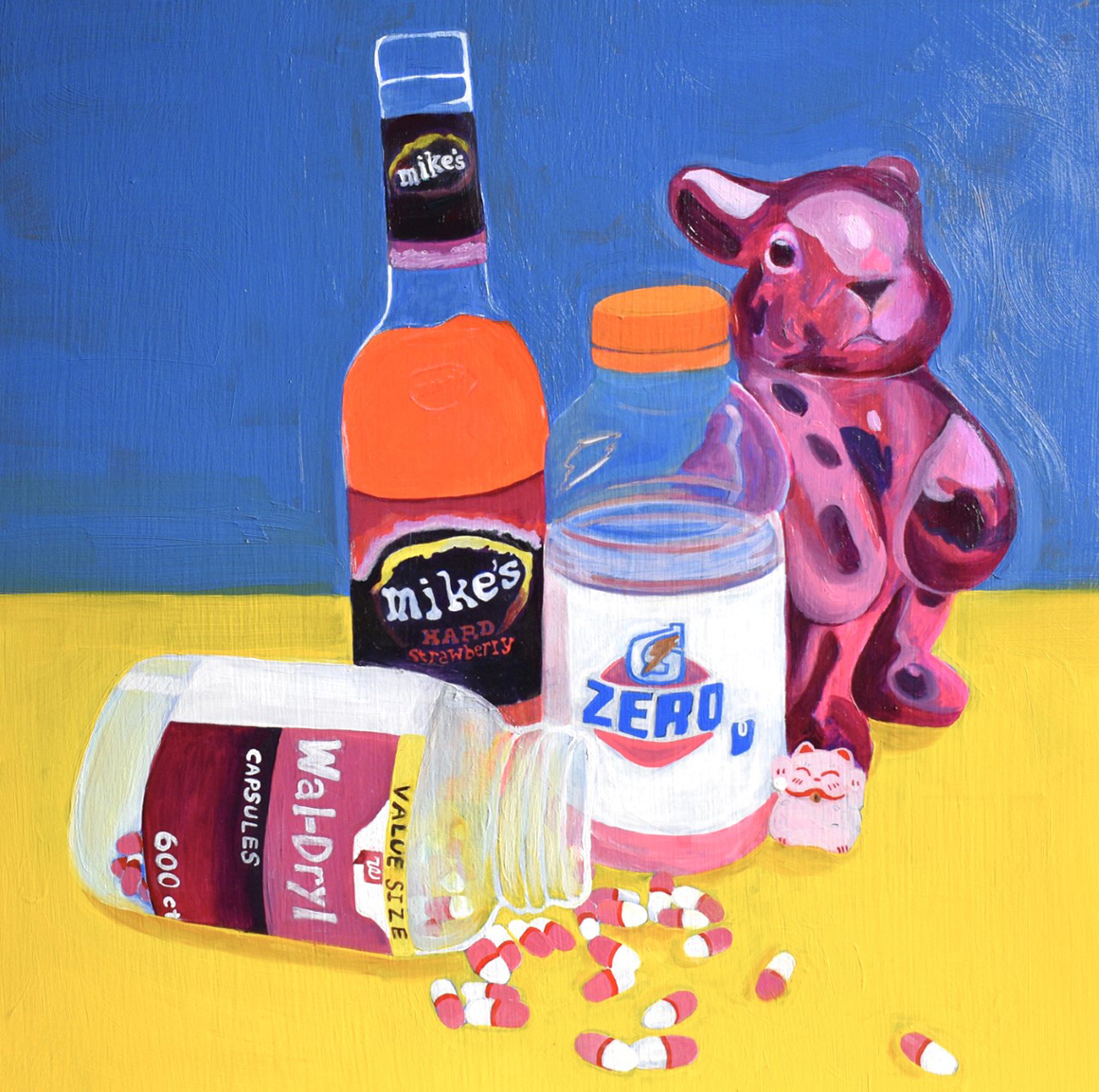 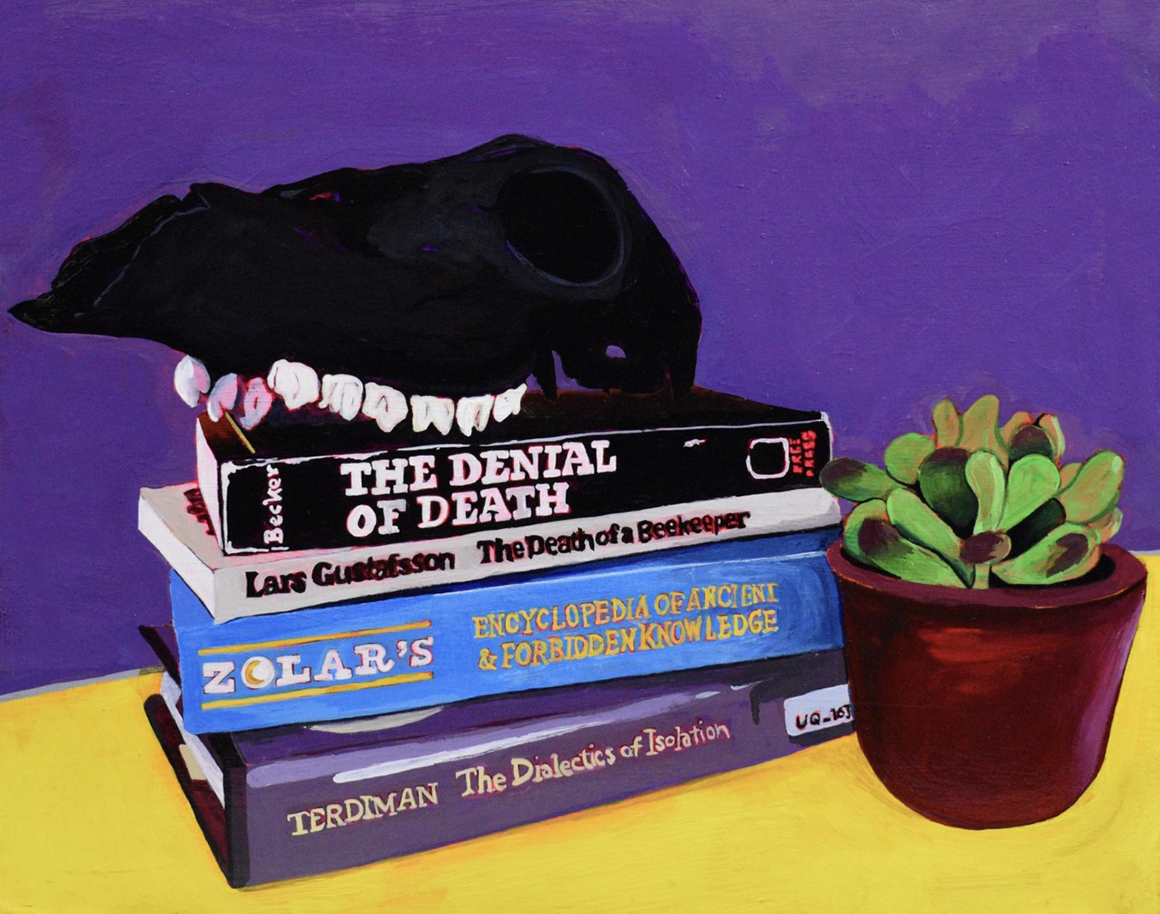 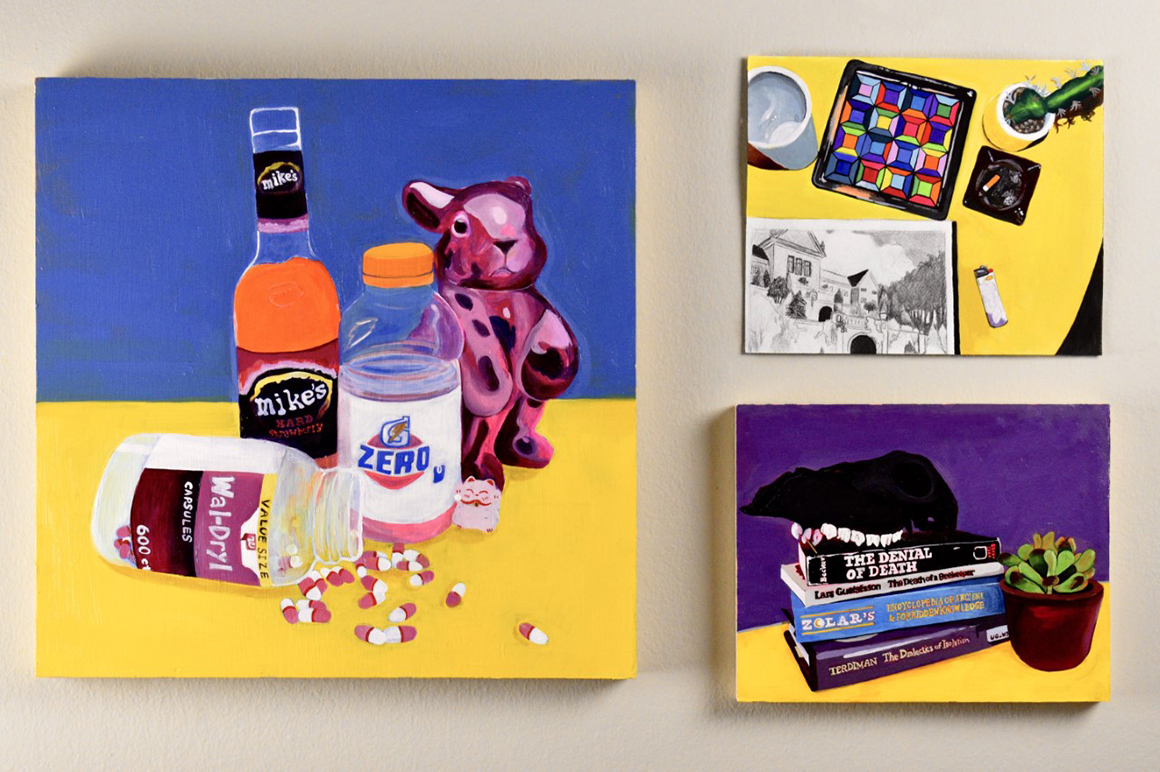 [BA] Painting with a Minor in English

Objects in Space is a series of paintings that investigate the genre of still-life; works of art that depict mostly inanimate subject matter such as commonplace objects, either natural or man-made. Inspired by 16th and 17th-century Netherlandish still-life, the pieces in this series depict commonplace objects as vehicles of ideas and symbolism. Many still-lifes from this period contain natural elements, such as flowers, fruit, skulls, and stones, and man-made objects such as books, vases, and jewelry, with each object or grouping of objects representing different societal, religious, and existential concepts. With the development of mass-production and other societal and technological advancements, the types and number of items available as subject matter for still-life paintings have increased significantly. Some items painted centuries ago have also taken on new meanings, while others have remained the same. To the general public, scallop shells are not considered to be symbols of religious events, but more likely, an indication of a trip to the beach. Meanwhile, skulls remain to be considered as symbols of death, just as they were in the 16th and 17th centuries and earlier.

These paintings consisting of acrylic, gouache, and oil paint depict both historical still-life subject matter, such as skulls, books, and plants, as well as modern subject matter like cigarettes, malt beverages, house plants, magnets, and other items. The fluorescent acrylic paint used in the pieces mirror the colors found in modern consumer goods and objects, setting the pieces apart visually from the natural colors and muted tones found in historical 16th and 17th-century still-lifes. My interest in painting these still lifes stems from my fascination with the semiotics of objects in both art and literature. Relying on my own experiences and prior knowledge that I bring to the objects, these pieces offer a modern vantage point from which to comment on and examine universal concepts like religion, death, nature, and society.