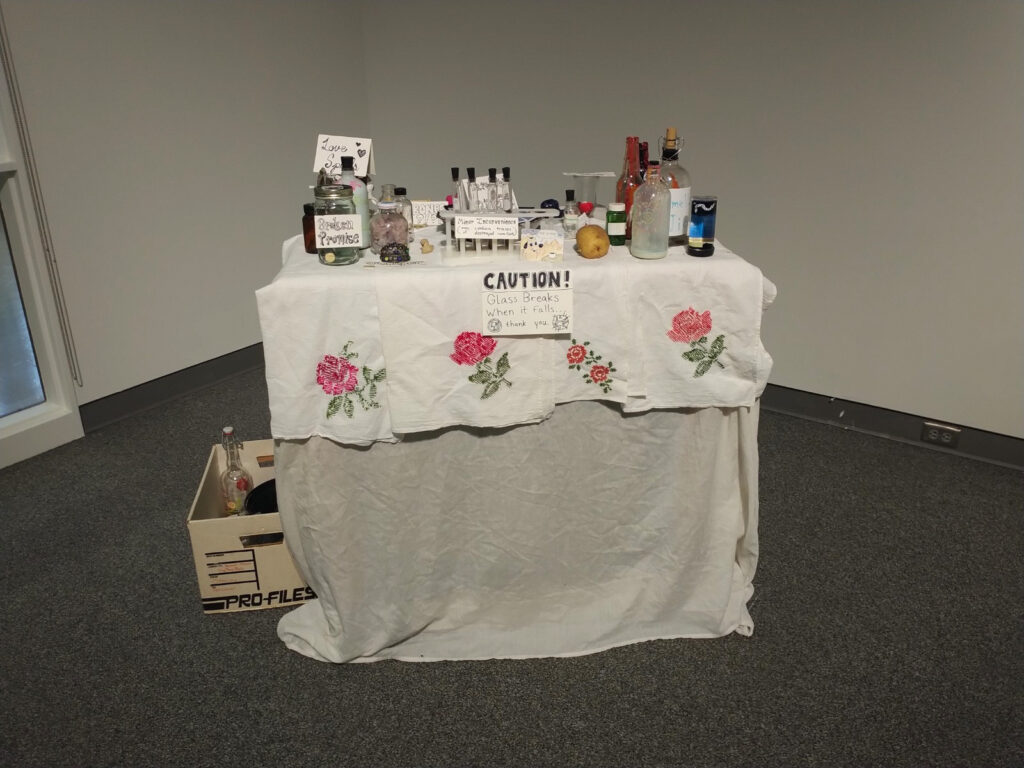 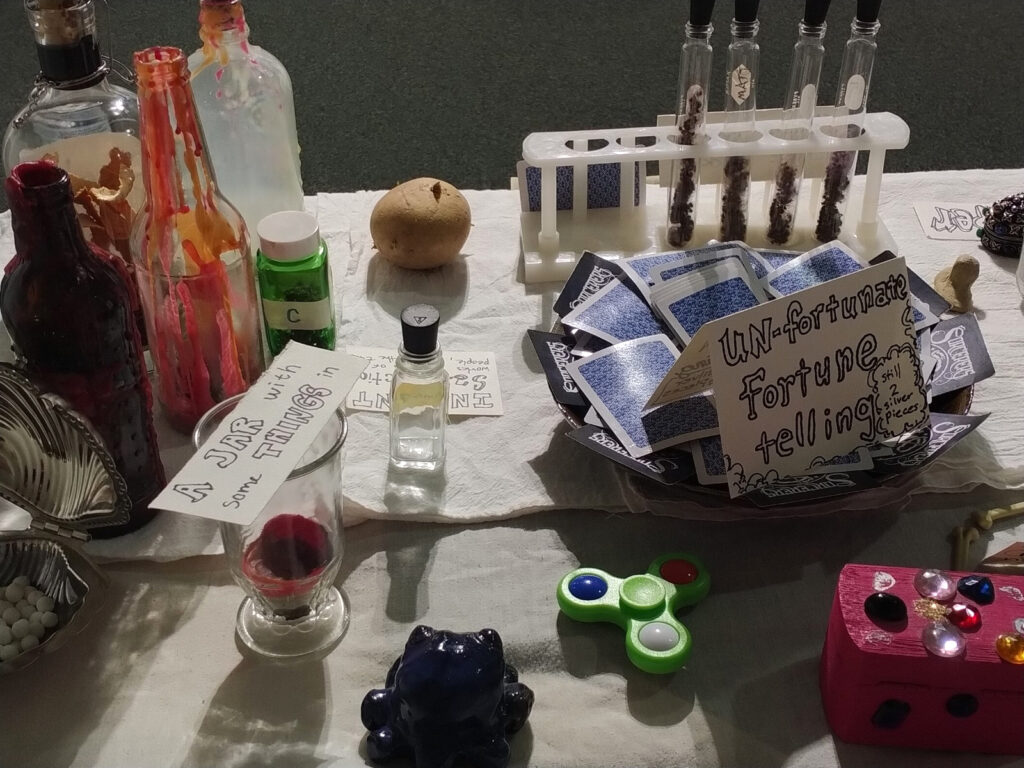 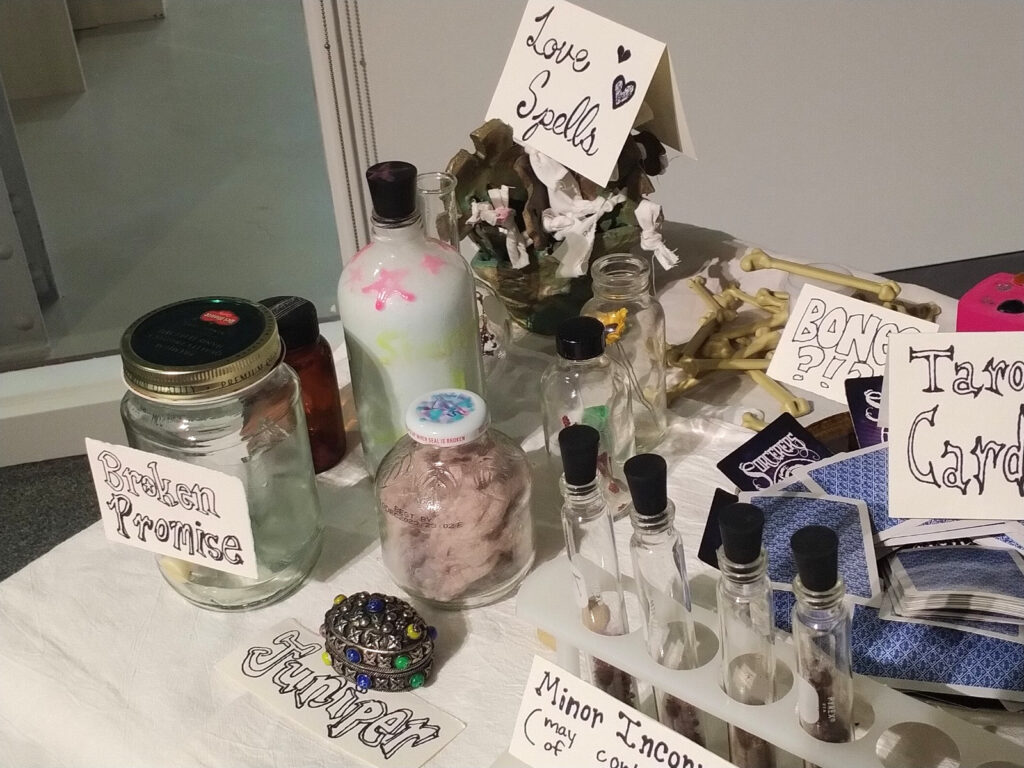 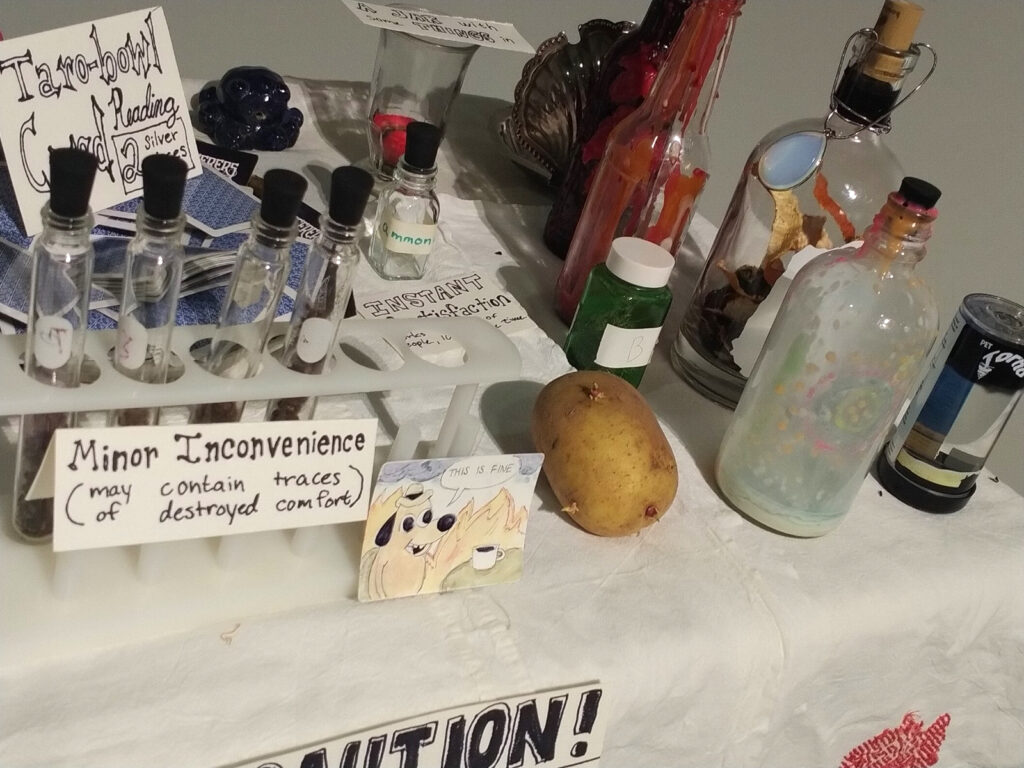 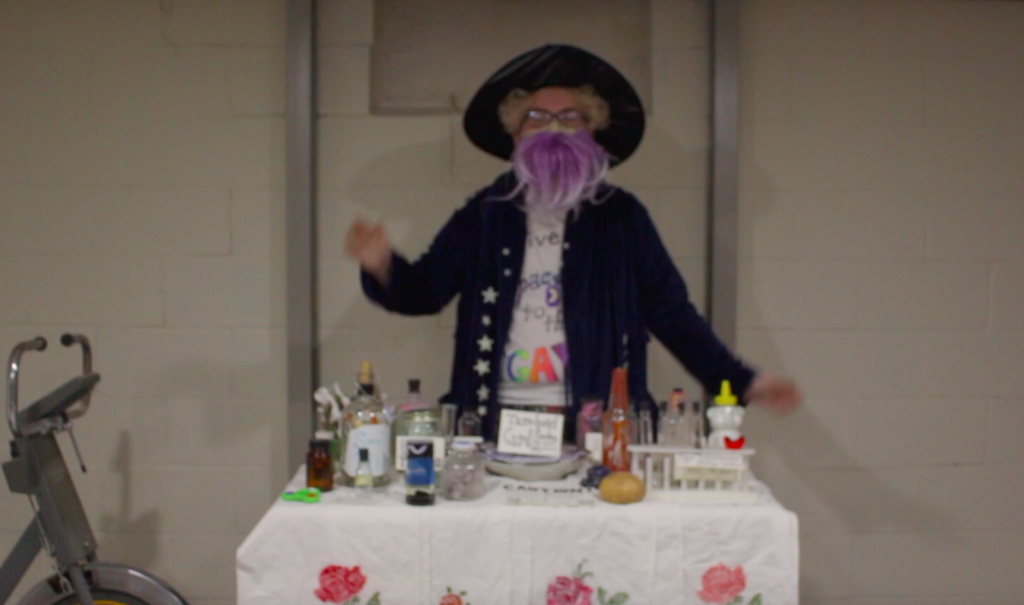 Bird Rippe is an artist who works in a variety of media as well as performance. In this body of work, they explore the elements of mystery and belief in creating magic through the character Sham Wizard.  The Sham Wizard character embraces the haphazard physical elements of Jeff Bridges character “The Dude” in the Big Lebowski.  Dressed in a bathrobe and iridescent fanny- pack and hat, Sham describes, sells and displays potions from a derelict “majick” booth.  In addition to the performance, Bird has created a unique set of tarot cards that embrace memes specific to their generation.

Bird Rippe was born in Rosamond, California and raised in Lincoln Nebraska. They’re pursuing a BFA in Studio Art with an emphasis in painting at University of Nebraska-Lincoln where they received the Shirley-Martin Memorial Scholarship in 2016. Their works have been included in the 2018, 2019, and 2021 Juried Undergraduate Exhibition at the Eisentrager-Howard Gallery. Their works was also included in Ryan Savage’s Ordinary Days Production at Temple Building Lab Theatre in March of 2019. Currently they are putting together a “majick booth” ran by a Sham Wizard character. The decision to make this follows Bird’s series of 2D invented spaces made to depict elements of character.